Powered by WordPress and Alpha Trinity 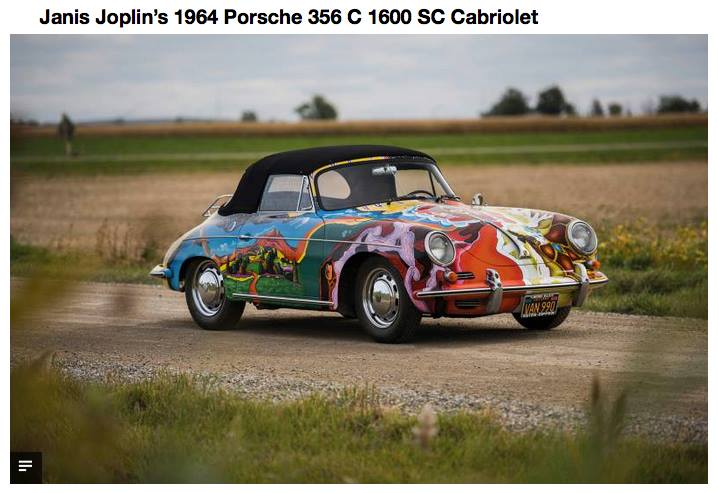 O Lord won’t you buy me a Mercedes-Benz… History of the Universe

Janis Joplin famously sang about wanting a Mercedes-Benz, but she actually drove a Porsche. She bought this car in 1960 in a ho-hum shade of grey and promptly had it painted by her band’s roadie. Dave Richards covered the Porsche with a colorful scene meant to illustrate ” the history of the universe” featuring mountains, trees, airplanes, jellyfish, and Joplin herself. Today the car remains a symbol of San Francisco’s psychedelic scene of the 1960s. The car and Joplin became icons, and she drove it frequently. The original paint had deteriorated badly so artists recreated the famous paint-job by hand. The car will be sold in december by Sotheby’s. and will go on the auction with an expected price tag of more than $400,000.(http://bit.ly/1Jqw2rR)